David Cassidy is suing Sony for fraud and breach of contract. 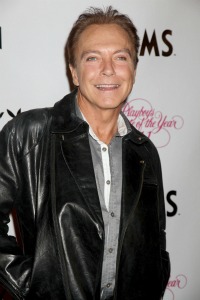 The original Justin Bieber wants his money. David Cassidy was once a teen idol but now’s he’s a ticked off plaintiff in a multi-million dollar lawsuit.

The star of The Partridge Family says his long-ago contract specified he receive a portion of the proceeds from the sale of any show merchandise bearing his image, and a smaller percentage on any other show merchandise — but for 40 years, he claims, he has only received a paltry $5,000 on the show’s $500 million in merchandise sales.

In a dry response to Cassidy’s charges, Sony attorney Gregory Boone wrote to the singer’s legal team, “It would seem as though your client does not appreciate the difference between merchandising of The Partridge Family series and merchandising using Mr. Cassidy’s name, voice or likeness.”

“Our right to use the name… of Mr. Cassidy in merchandise expired in the 1970s,” Boone continued. “However, we continue to have the unfettered right to merchandise The Partridge Family… and Mr. Cassidy does not share in any such receipts.”

But Cassidy insists his case is clear, and he has an original copy of the contract that was sealed in a box and left unopened since 1971 to prove it.

This isn’t the first time the singer has headed to court, although the last time was criminal, not civil: Cassidy pleaded not guilty to DUI charges in Florida last winter.

36 mins ago
by Giovana Gelhoren

51 mins ago
by Avery Oliver