Some very, very sad news coming out of Apple headquarters in Cupertino, California. Apple announced in a statement that company creator Steve Jobs died today at 56. 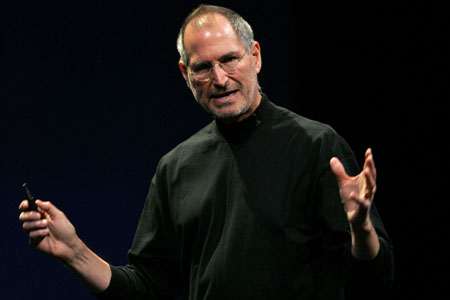 “We are deeply saddened to announce that Steve Jobs passed away today. Steve’s brilliance, passion and energy were the source of countless innovations that enrich and improve all of our lives. The world is immeasurably better because of Steve,” the company wrote.

“His greatest love was for his wife, Laurene, and his family. Our hearts go out to them and to all who were touched by his extraordinary gifts.”

The sad news comes just months after the CEO stepped down from the company for good in August and handed over the reigns to longtime COO Tim Cook. Jobs fought multiple bouts of pancreatic cancer over the years that forced him to take extended medical leaves from the company he built.

“I have always said if there ever came a day when I could no longer meet my duties and expectations as Apple’s CEO, I would be the first to let you know. Unfortunately, that day has come,” Jobs wrote to Apple’s Board of Directors in August.

“I believe Apple’s brightest and most innovative days are ahead of it. And I look forward to watching and contributing to its success in a new role. I have made some of the best friends of my life at Apple, and I thank you all for the many years of being able to work alongside you,” he wrote.

The company has set up an email address where fans can send in their memories of the visionary tech leader: rememberingsteve@apple.com.

Our condolences go out to his family and friends at this sad time.