Sexiest man doesn’t get you far at home

SheKnows: What do you say to Eddie Murphy now that he’s hosting the Oscars?

Hugh Jackman: I can not wait to see him do it. I watched his stand up tapes when I was a kid. He’s one of the funniest guys out there. The Oscars are always the best when you don’t know what to expect, and that’s what he’s going to deliver I’m pretty sure. 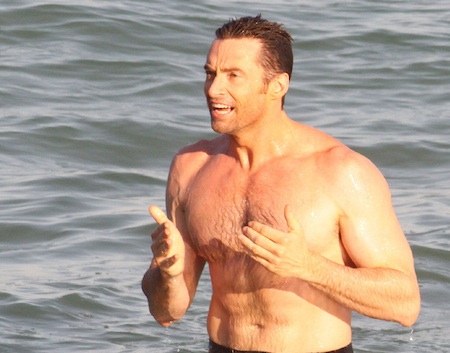 SheKnows: What did you learn from hosting the Oscars?

Hugh Jackman: Steve Martin gave me the best advice. I rang him because I’m not a comedian and I was like I’m not sure how this is going to go. I said, “What do you think?” He said, “Here’s what you gotta know… The first 45 minutes is the best audience you’re ever gonna get in your life because all they’re thinking is thank god it’s not me up there. And after that first 45 minutes, there are more losers than winners in the room so just hurry up and get to the end.”

SheKnows: Do you want to direct someday?

SheKnows: How do you stay grounded?