Sarah Palin has announced her decision on whether or not to run for president. 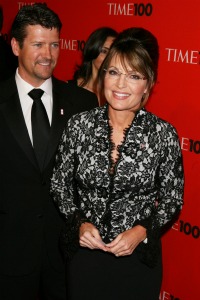 After years of keeping herself in the public eye — a move many considered to be a way of positioning herself for a White House bid — Sarah Palin has finally made her decision. Can you guess what it is?

Sarah Palin will not run for President, she says.

Bet you didn’t see that one coming.

Palin announced her decision in an open letter to supporters read on the Mark Levin radio show Wednesday. It reads, in part:

“After much prayer and serious consideration, I have decided that I will not be seeking the 2012 GOP nomination for President of the United States. As always, my family comes first and obviously Todd and I put great consideration into family life before making this decision. When we serve, we devote ourselves to God, family and country. My decision maintains this order.

“My decision is based upon a review of what common sense Conservatives and Independents have accomplished, especially over the last year. I believe that at this time I can be more effective in a decisive role to help elect other true public servants to office – from the nation’s governors to Congressional seats and the Presidency.

“From the bottom of my heart I thank those who have supported me and defended my record throughout the years, and encouraged me to run for President. Know that by working together we can bring this country back – and as I’ve always said, one doesn’t need a title to help do it.”

Palin’s decision comes on the heels of two tell-all books that shared very unflattering details on the Palin family, one by her daughter Bristol’s baby daddy Levi Johnston, and another claiming that Sarah Palin repeatedly cheated on her husband and has a cocaine habit.