Vanessa Paradis drew on her experience as the mother of two children with longtime love Johnny Depp for her latest film role. The Cafe de flore actress now shares why she finds motherhood “humbling.” 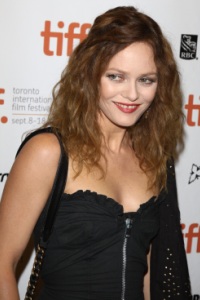 Vanessa Paradis has taken on a challenging motherhood role in her new film, Cafe de flore. Her character, Jacqueline, is the single mother of a child with Down syndrome fighting for her son to be educated just like any other child.

“I understood this character as soon as I read the script,” Vanessa Paradis tells CTV News. “She had to be tough. She had to be both a mother and a father. She had to fight for this kid.”

Filming of the story, told as two interconnected stories set decades apart, caused the 38-year-old to reflect on her real-life role as mother of two children with Johnny Depp. The pair, who began dating in 1998, are the frequent subject of engagement rumors but have yet to tie the knot.

The mother of 12-year-old daughter Lily Rose and 9-year-old son John Christopher “Jack” Depp III explains, “Johnny and I love our kids. They’re the world to us.”

Reflecting on how becoming a mother has changed her personally, Vanessa Paradis continues, “But when you become a mother things change a lot. It’s not about you anymore. That’s a humbling lesson. I’m grateful that it found me and changed my life.”

That’s about as much of a look at life inside the Depp/Paradis home as the public is likely to get. Speaking to The Gazette Vanessa explained her reluctance to talk about Johnny Depp outside of his work as an actor saying, “It’s normal that we talk about him. What’s tougher is to get people to understand that I’m not here to talk about my private life. People want to know too much. But I totally understand that people want to talk to me about him when we’re talking about cinema.”

Meanwhile, Johnny Depp has spoken to Vanity Fair about the “stupid money” he is paid for movie roles. Certainly he and Vanessa are on the same page as far as the kids being top priority though — the actor insists he’s only accepting the money for the benefit of Lily Rose and Jack.

Will you be watching Vanessa Paradis in Cafe de flore?