Officials have determined Warrant rocker Jani Lane died from alcohol poisoning, however recent reports raise suspicion as to who Lane was with when he died. 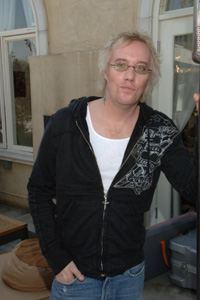 Lane was found in an L.A. motel room with prescription medication and bottles of vodka when he died. The singer was alone. However, TMZ is reporting that police have confirmed he had a note written by a friend that said, “I am Jani Lane” with a phone number in his pocket. Police called this friend when Lane’s body was found.

He has not carried any other form of identification for some time and this friend has put a note on Lane before.

The friend was undoubtedly worried for Lane and trying to look out for him but the rocker’s family is upset that this friend did not try to help him more. The Comfort Inn hotel room was not paid for by Lane, however there is no word if the same friend that wrote this note also paid for his hotel room.

Lane had been suffering with alcohol abuse issues for some time and had been to rehab to try to get clean. There was no criminal investigation into his death.

“Alcoholism is not something he chose,” Lane’s sister Vicky Oswald-Ley told RadarOnline. “It’s something he fought every day and it just won.”