Eddie Murphy is back! The comedian, actor and future Oscar host has a new lease on life. After suffering a career slump he’s priming himself for a major return, which could include a special appearance on this week’s Saturday Night Live. 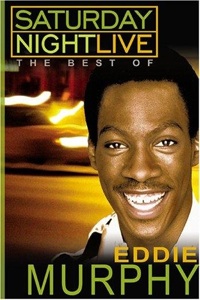 Eddie Murphy appeared on Saturday Night Live for four years (1980 – 1984) and went on to become one of the show’s most successful stars. With a new film heading to theaters and a prestigious hosting gig (the Academy Awards) on the horizon, rumors are swirling that Murphy might return to his SNL roots.

Murphy co-stars with Ben Stiller in the new comedy Tower Heist, which opens in theaters November 4. In promotion of the film, Stiller is hosting this week’s episode of Saturday Night Live. His appearance has some people wondering whether or not Murphy will make an unexpected cameo during the show.

According to the New York Post, Murphy hasn’t appeared on SNL since he left the series over 25 years ago. He’s also never participated in any reunions or specials, which fueled the rumor that there might be bad blood between Murphy and executive producer Lorne Michaels.

In the early ’90s, Murphy’s career was in a decline when SNL cast member David Spade poked fun at him in a sketch where he showed a picture of Murphy followed by the quip, “Look children, a falling star … Quick, make a wish!” This supposedly rubbed Murphy the wrong way and he’s kept his distance because of it.

Regardless of the backstage drama, many are anxious to see if Murphy will step on the SNL stage for one last hurrah. A rep for the actor said, “There are no plans for Eddie to appear on SNL at this time, but perhaps in the future he will make a return.”

Do you think Murphy should return to Saturday Night Live? Will you tune in?