Johnny Depp says he’s sorry for his comments comparing being photographed to rape. 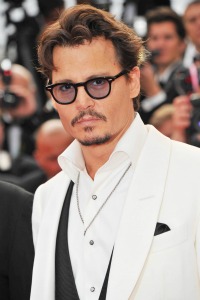 Yesterday SheKnows reported that Johnny Depp says he’s overpaid in the new issue of Vanity Fair — but it’s something else he said in that interview that has gotten him into hot water.

In the interview, the star of The Rum Diary said, “You just feel like you’re being raped somehow. Raped. The whole thing. It feels like a kind of weird — just weird, man… Whenever you have a photo shoot or something like that, it’s like — you just feel dumb. It’s just so stupid.”

“I am truly sorry for offending anyone in any way. I never meant to. It was a poor choice of words on my part in an effort to explain a feeling,” Depp wrote.

“I understand there is no comparison and I am very regretful. In an effort to correct my lack of judgment, please accept my heartfelt apology.”

His mea culpa was quickly accepted — with a hint that perhaps Depp should step up and help victims of sexual assault in some way to make up for his misstep.

“RAINN appreciates and accepts Johnny Depp’s heartfelt apology. We hope to work with him to provide hope to victims of rape and make sure they get the help they deserve,” said Katherine Hull, RAINN spokesperson.

Read the entire Johnny Depp interview in the November issue of Vanity Fair.

read on for more johnny depp

Johnny Depp plays guitar, as though he could get any hotter