We didn’t exactly get the Apple iPhone 5 – but we did get the iPhone 4S. This wasn’t enough to appease some Apple junkies, including comedian Dane Cook who took to Twitter to share his disappointment. 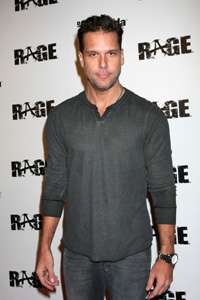 After months of anticipation and build-up to the rumored announcement that the Apple iPhone 5 would be released yesterday, fans and investors were let down when the tech giant instead announced the iPhone 4S.

It has some cool new features and a great price, but many were disappointed that it was pretty much a slightly improved version of the iPhone 4. In fact, Apple shares went down 4.5% when the iPhone 5 failed to surface!

“If you are a tech site who, for the last 6 months, has posted next gen iPhone “rumor roundups” please go swallow a knife,” comedian Dane Cook tweeted yesterday.

Many of his followers agree. “[Definitely] swallowing a knife is minimum. But think of the people who already started waiting in line for this #bigfail,” wrote one.

“Or eat a poisoned Apple. #irony,” wrote another.

Some, however, defended Apple in the new iPhone 4S.

“Actually the rumors ended up being true for the most part, or at least close,” wrote one Cook follower.

The iPhone 4S looks the same on the outside, but does have a dual-core A5 chip for better graphics and speed, better call quality, longer battery life and improved camera. What does it not have? A cool new handset and larger screen for starters – and, perhaps most importantly, the name iPhone 5.

Tell us: Where you disappointed by the iPhone 4S?