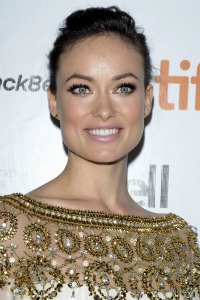 The dating pool just got a lot prettier: Stunning actress Olivia Wilde is officially single after her divorce has been finalized.

Wilde, who was married to Italian prince Tao Ruspoli for eight years after eloping at just 19 years old, finalized the split on Thursday. Wilde filed for divorce in March.

“The trauma of the divorce has been humbling. And for the first time, I’m a little wobbly,” the TRON actress said. “I’m a case of arrested development, in a way — from spending your 20s with someone who really loves to take care of you, as my husband did.”

“But I think it’s very healthy to spend time alone. You need to know how to be alone and not be defined by another person.”

Wilde says she and her ex are still friends — “We’re friends; his family is my family,” she said — but the marriage simply became more about hard work than love.

“When the relationship becomes about working to make it work, it’s lost that beauty and that optimistic bohemian sense that brought us together,” she said.

Since the pair separated in February, Olivia Wilde has been rumored to have dated Justin Timberlake, Ryan Reynolds, Bradley Cooper and Ryan Gosling — a roster that she calls preposterous.

“I mean, in order to be dating all the people they think I am, I’d need four vaginas!” she told Allure. “It’s impossible!”

read on for more olivia wilde