Alexis Knapp posted a picture of her daughter, Kailani Merizalde Phillippe Knapp, on twitter. Check out the photo and tell us if you think she looks like her maybe baby daddy, Ryan Phillippe.

Actress Alexis Knapp posted this adorable photo of her 3-month-old daughter Kailani Merizalde Phillippe on Twitter. “I do declare you to be the prettiest lil girl in the whole wide world,” she wrote. Do you think she looks like her reported father, Ryan Phillippe?

Phillippe, who has two kids with ex-wife Reese Witherspoon, has not taken a DNA test to confirm paternity, but has been spotted going to doctor appointments with Knapp and was even in the delivery room when she gave birth. The fact that his last name is included in her name also confirms that Philippe believes the baby is his.

Phillippe and Knapp dated last summer after he split from Abbie Cornish. She announced her pregnancy – five months after they had split, which seemed to halt his relationship with Amanda Seyfried. 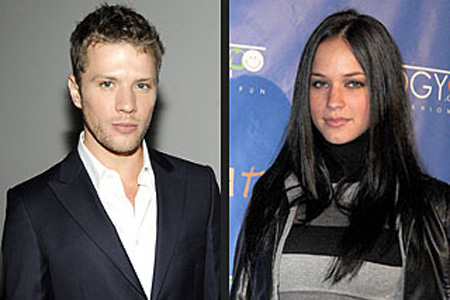 What does Witherspoon think of Phillippe’s possible new daughter? Reese feels bad Ryan has to deal with this,” a source tells Us Magazine. “They’re bonding over it because it obviously affects their kids.”