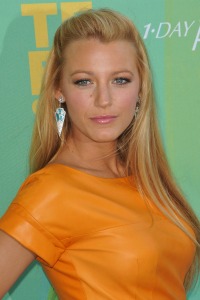 Hollywood breakup alert! A sweet summer romance has come to an end just as the leaves started changing. Blake Lively and Leonardo DiCaprio have called it quits.

The couple split after just five months of dating, reps for both confirmed to Us Weekly, but they “remain friends.”

Lively and DiCaprio were first spotted getting cozy on Steven Spielberg’s yacht during the Cannes Film Festival on May 17, then spent a whirlwind summer vacationing around the globe together — including romantic trysts in Venice, Sydney, New York and California, where they visited Disneyland.

The Gossip Girl star may have simply been a rebound fling for DiCaprio, who broke up with his girlfriend of five years, supermodel Bar Rafaeli, just weeks before he hooked up with Blake.

Don’t count on Blake to be crying in her latte today, though. The actress recently told Glamour that to her, breakups are no big thing.

“I have a strong sense of myself. That gives me a sense of security, you know? Every relationship you have, you’re learning and growing and taking something from that,” Lively said. “So for me, it’s never been too dramatic of a thing when something ends.”