NBC is done with The Playboy Club. The ’60s drama has underperformed in the ratings and cost the network multiple advertisers, which has led to its cancellation.

On September 19, NBC premiered The Playboy Club to an underwhelming five million viewers. This set the stage for a steady decline, which would cost the network millions of dollars. NBC has officially pulled The Playboy Club from its schedule due to low ratings and lack of advertisers. 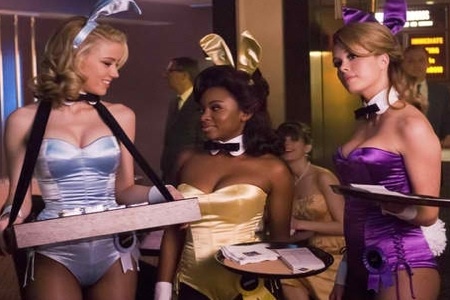 According to The Hollywood Reporter, seven advertisers exited the series in the second week after the Parents Television Council president called the show a “commercial disaster.” During that same week, The Playboy Club’s viewers dropped to a new low with only 3.8 million tuning in. The PTC has been urging the network to cancel the drama even before its premiere. They deemed the program as “degrading and sexualizing.”

Many of The Playboy Club’s stars have tried to neutralize the controversy by praising other aspects of its story. During the TCA Press Tour, co-star Naturi Naughton defended the bunny characters and their portrayal on the show. She said, “These women were using so much more than [their bodies]. It’s empowering, because these girls were smart, they’re going to school, they’re buying homes, property — things that show what women couldn’t do at the time, using resources and relying on themselves.”

Despite the controversy and NBC’s massive marketing campaign, people still didn’t tune in. The Playboy Club will be replaced by Brian Williams’ newsmagazine show Rock Center, which is scheduled to debut October 31.

Are you disappointed in NBC’s decision to cancel The Playboy Club?