SheKnows hit the carpet at the Footloose premiere to get the scoop on the film and its sexy stars. 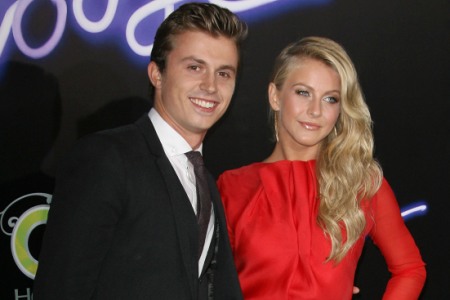 Footloose’s new heartthrob told SheKnows at film’s premiere Monday night that he does indeed have a significant other.

“I currently have a girlfriend,” Kenny told us. “I’m not married. I’m just happy where I am right now.”

Rumor has it, that girlfriend is former Paradiso Girls singer, Lauren Bennett.

Coincidentally, the band was a European girl group formed by the same creator of the Pussycat Dolls and Wormald dated Dolls’ member Ashley Roberts.

You have the right to fantasize though. And Footloose’s lead choreographer Jamal Sims told us that with all the sizzling dance moves in this remake, there will be plenty of room for that.

“It’s sexier,” he said, comparing the remake to the original. “We do a lot of grinding. It was almost like [Kenny and Julianne] became one.”

Though the American Idol host did not walk the carpet with his gorgeous girlfriend Monday night, he was expected to attend the premiere.

WATCH us dance and chat WITH THE FOOTLOOSE CAST