The ER doctor who was called to treat Michael Jackson said Conrad Murray never mentioned he gave the star Propofol.

Despite the fact that Michael Jackson was clinically dead long before he reached the hospital, Conrad Murray insisted ER personnel try to revive him, testified two doctors at the Michael Jackson manslaughter trial today. 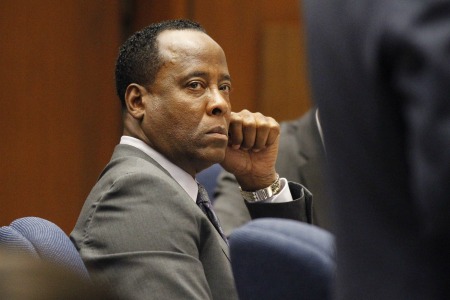 Both doctors also said Murray was unable to give them an accurate estimate of the timing of the events leading up to the 911 call, making treatment nearly impossible.

“Dr. Murray asked that we not give up easily and try to save Michael Jackson‘s life,” she said. “…In Dr. Murray’s mind, if we called it quits, we would be giving up easily.”

However, Nguyen said, with Jackson’s condition — clinically dead — and no idea how long he had been that way, resuscitation was an impossible goal.

“It was not too little too late,” Nguyen said. “It was a case of too late. I feared that time was not on Mr. Jackson’s side.”

Both Ngyuen and Dr. Richelle Cooper testified that Murray told them he gave Jackson two doses of lorazepam, but never mentioned Propofol — the drug later found to have caused the singer’s death. Even if he had, however, it would not have made a difference.

“Michael Jackson had died long before he became my patient,” Cooper said. “It is unlikely with that information I could have done something that would have changed the outcome.”

Murray later admitted he gave Jackson Propofol, but claims he only administered 25 milligrams — an amount Cooper says would not have even put the singer to sleep, let alone killed him as the autopsy report found. Murray claims Jackson self-administered the fatal dose of the drug.

In earlier testimony, a member of Michael Jackson’s security team testified that Murray asked him to ditch some drugs in Jackson’s bedroom.

If found guilty of manslaughter in the death of Michael Jackson, Conrad Murray faces four years in prison.