Madonna is rumored to be headlining the 2012 Super Bowl halftime show. 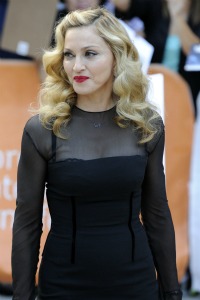 It’s one of the most coveted spots on primetime television for a musical act: The Super Bowl halftime show. One of the biggest names in music — for decades — has never headlined, but rumor is that’s about to change.

Madonna is reported to be taking the stage at the Super Bowl 46 halftime show, says sports website SB Nation.

The NFL refused to comment on the case, and Madonna’s rep told Entertainment Weekly, “There’s nothing to confirm at this point,” but sources told SB Nation that the deal is pretty much done.

However, don’t count on anything until the ink is dry on her contract. Madonna was supposed to perform at the 1998 Super Bowl in Miami but backed out because of her recording schedule. Another planed appearance in 2000 fell apart with an unnamed insider telling TV Guide, “I don’t know who did what to anger her, but she is out.”

Maybe they sent her hydrangeas?

The timing of the Super Bowl is perfect to allow Madonna to promote her upcoming album, which she is currently recording with producers William Orbit and DJ Martin Solveig. Her plan is to release a single in the winter — Super Bowl time — with the full album released on spring 2012.

Will Madonna really make it to the Super Bowl this time? SheKnows will keep you up to date on any new developments as they happen!