Country music singer John Rich welcomed his second son, whom he proudly refers to as a “son of a gun!” Find out what name he picked and what his baby name choice has in common with the Kardashians. 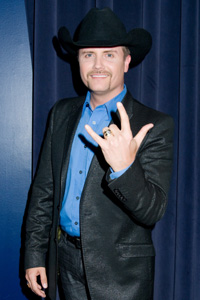 Colt is a name of English origin that means, “from the dark town.” The name Colt is rising on the popularity baby name lists, as the Social Security Administration ranked it 330th most popular name in 2010, up from 368 in 2009.

Colt Rich and Cash Rich are great names – and perfect for what Rich hopes will become his son’s profession. He says he wants his son to be a “little country singer.”

Rich, who also sang with the group Lonestar, married his wife Joan in 2008. “I got married to a good old Texas girl,” he tells OK Magazine. “I waited a long time to do it.”