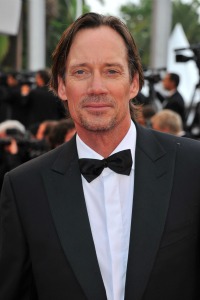 He may have played the strongest man in history, but Kevin Sorbo had to overcome herculean health struggles to get to where he is today.

Sorbo told Neurology News that his problems started during a 1997 publicity tour when he began experiencing pain, tingling and coldness in his left arm.

“At the time, I was promoting the feature film Kull the Conqueror,” Sorbo told the medical journal. “I had several doctors on my publicity tour check me out, but they didn’t believe it was anything serious.”

“I even had what seemed like a rational explanation, having recently injured my ulnar nerve—the funny bone.”

The actor said he blew it off until he experienced a searing pain in his left shoulder during a strenuous workout and went straight to his chiropractor.

“After an examination, he told me I had a lot of tightness in my neck and shoulder,” Sorbo said. “Then he cracked my neck, which he had never done before, saying he felt the manipulation would help alleviate some of the tension.”

But on his way home, Sorbo suffered his worst symptoms yet: buzzing in his head, blurred vision and dizziness which grew to slurred speech by the next morning. His then-fiancée Sam Jenkins took him to the hospital, where doctors discovered an aneurysm in an artery near his shoulder — and several blood clots down his arm.

“Apparently, the aneurysm had been producing blood clots for some time. I had blockages all down my arm that were making my fingers cold, tingly, and numb,” Sorbo said.

Doctors later discovered that the actor had suffered from three distinct strokes, and while the exact cause remains unknown, one doctor thinks the blood clots traveled towards Sorbo’s brain — effectively in reverse.

“I felt like I had been transformed overnight from a youthful, carefree jock into someone who needed to grasp the backs of chairs and counters for an arduous five-yard trip to the bathroom,” Sorbo said.

“I went through two years of hell before I began to feel like myself again,” Sorbo says. “I was depressed and frustrated and had a bad attitude.”

“My illness made me special in a way that I never wanted nor expected,” Sorbo said. “I’m not Hercules; I’m a mere mortal with human limitations and problems. But I am determined to not behave like a victim anymore.”

Read more about Kevin Sorbo’s health scare and his long road to recovery in his new book True Strength: My Journey from Hercules to Mere Mortal and How Nearly Dying Saved My Life, available in bookstores in November.