Filming of an upcoming episode of the Anderson show has left a young guest hospitalized in a coma, and Anderson Cooper is worried. 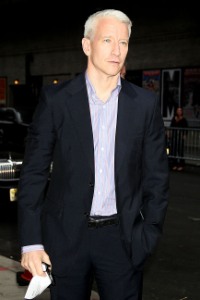 Anderson Cooper was all set to investigate the workings of the teenage mind on an episode of the Anderson show, when a reported serious fall put a halt to production and left a teen hospitalized with a serious head injury. The young man, who has not been named publicly, was reportedly encouraged by the show’s producers to film himself doing “the crazy stuff you do” while skateboarding.

A statement from the production company for the Anderson show reveals that producers did request videos and photos from the teen’s family, as per usual to create the television segment. They did not, however, encourage any further filming of dangerous stunts specifically for the episode.

“As part of our routine process, we ask guests for video footage and photos. We did not provide the family with a camera,” the statement reads. “On the morning that they were supposed to travel to N.Y.C., we learned that the teen had been injured. We are very concerned about him and are thinking of him and his family at this time.”

Anderson Cooper commented on the injured teen saying, “I was very saddened to hear the news of this accident and want to express my deepest concerns for the teenager who was injured. I take this situation seriously, and my thoughts and prayers for his health, well-being and recovery are with him and his family.”

The incident leaves us asking who is responsible for the teen’s injuries? Since the group of Jackass boys became rich and famous for filming the “crazy stuff” they do there’s undoubtedly been a rise in the filming of dangerous stunts. Even if the Anderson show didn’t request more dangerous skateboarding to be filmed, the pressure to provide something sensational for television was a factor at play.

Do you think the Anderson show is partly responsible for the teen’s injuries?