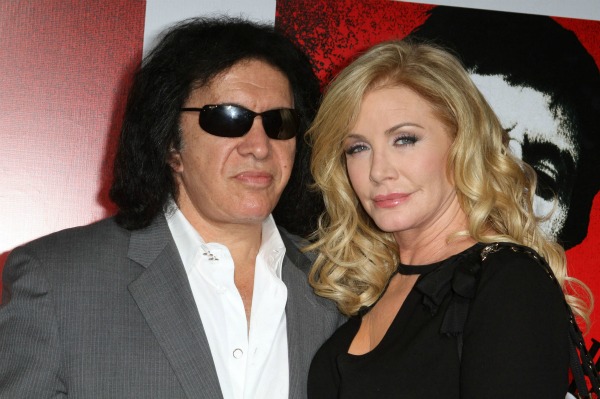 Rock stars and monogamy don’t exactly go hand in hand, but KISS frontman Gene Simmons, 62, has finally been tied down for good. Us Weekly confirms that Simmons wed Shannon Tweed, his girlfriend of 28 years, this weekend in Beverly Hills. The wedding was held at The Beverly Hills Hotel and will air in a special wedding episode for the family’s A&E reality series, Gene Simmons’ Family Jewels this month.

It’s been a long road to the altar for the royal couple of rock, and Simmons told Entertainment Tonight it was time for him to take the plunge: “It is time for me to grow up. I’m 62. I’ve been doing a lot of wacky stuff for an awfully long time…and there’s nobody I’ve ever said ‘I love you’ to…I even find it difficult to say ‘I love you’ to my mother. But I love Shannon with all my heart and all my soul, and always will.”

Tweed, 54, and Simmons have two children together (Nick, 22, and Sophie, 19) and Tweed’s desire to get married has been well profiled in their reality show.

Just last season, the couple experienced quite the rocky period and spent much of the season in turmoil. And when Simmons proposed at the end of the season, viewers were left wondering whether the couple would be able to surmount their differences and tie the knot finally. And it sure looks like they did.