Three episodes into season three of The Vampire Diaries, and we’ve just begun to scratch the surface of the Original family. Are you ready for episode four?

With little sister Rebekah on the scene, what will The Vampire Diaries‘ Klaus (Joseph Morgan) do next? 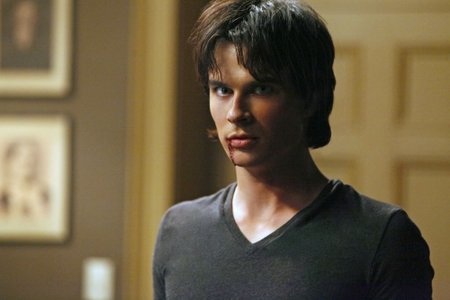 Last week, a new Original with a temper to rival Klaus’ arrived and it wasn’t his father — it was his little sister Rebekah (Claire Holt). We also learned Rebekah had a previous relationship with Stefan (Paul Wesley) and Klaus was like a brother to the younger Salvatore. Did you catch all that?

This week on “Disturbing Behavior,” Klaus continues to put the pieces of the puzzle together as to why his “hybrid” plan didn’t work and Elena continues to struggle with her feelings. We’ll also hopefully get more info on Jeremy’s ghostly gals.

The CW officially describes “Disturbing Behavior” as the following: “Still in Chicago, Klaus (Joseph Morgan) uses Gloria (guest star Charmin Lee), a witch he knew long ago, to help him track down missing information that will explain why his plan isn’t working. Gloria’s spells reveal intriguing glimpses of the truth, but she soon realizes she needs Stefan’s (Paul Wesley) knowledge to complete the puzzle. When Stefan suddenly finds himself in danger, help comes from a surprising ally. Back in Mystic Falls, a frustrating new enemy pushes Damon (Ian Somerhalder) over the brink and he lashes out in a way that will have lasting consequences. Caroline (Candice Accola) struggles with her own emotional issues, even as she tries to help Elena (Nina Dobrev) face her feelings. Jeremy (Steven R. McQueen) makes a brief but disturbing breakthrough with one of his ghostly visitors, leaving him more confused than ever. Finally, Bonnie (Kat Graham) has a strange encounter that will affect everyone.”

What do you think of the new connection between Klaus and Stefan that was revealed last week? Did you see it coming?