Arrested Development could be making a small screen comeback. Read on for the details! 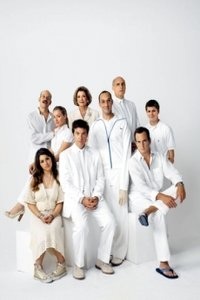 Arrested Development creator Mitchell Hurwitz made an interesting announcement Sunday, Oct. 2 while at The New Yorker Festival — which, by the way, featured the show’s cast in attendance at the panel.

Hurwitz would like to see Arrested Development return to television briefly. Why briefly? He’d like it to be the appetizer to the main course, which is the series’ big screen debut.

According to a report from TVLine, panel-goers at The New Yorker Festival are chattering that Mitchell Hurwitz’s idea would be to feature an estimated nine or 10 episodes in the short season.

Jason Bateman to be a father again>>

According to the report, each of the episodes would “focus on a different Bluth,” in order to cause less stress in scheduling conflicts that could arise with actors that have moved on like Jason Bateman and Will Arnett.

Speaking of the stars — Jason Bateman and Will Arnett both tweeted their own excitement over the news!

In one tweet, @arnettwill wrote, “I’m peeing with @batemanjason at the moment..and we can confirm that we are going to make new AD eps and a movie.”

Arnett’s buddy @batemanjason tweeted, “It’s true. We will do 10 episodes and the movie. Probably shoot them all together next summer for a release in early ’13. VERY excited!

Will Arnett is Up All Night>>

Arrested Development ran for three seasons on Fox before ending, even with a cult following, in 2006.

Okay, fans have been teased over the movie for years, and now with this new revelation we have to wonder — how will this go down and will it go down? Is Fox even on board?

Too many questions to be answered over the small details given. What do you think of a short nine or 10 episode return of Arrested Development?