Claire Danes and Damian Lewis are set to start getting into it on Showtime’s Homeland this Sunday, but SheKnows has the full Homeland premiere, right here, right now!

While Jack Bauer may be hitting the big screen soon, it’s Claire Danes‘ turn to take on terrorism on TV! Showtime‘s new psychological thriller Homeland comes from the guys behind 24, Howard Gordon and Alex Gansa. SheKnows shared our premiere preview with Danes, costar Damian Lewis and exec producer Gansa this summer. Now we’ve got something even better: the full pilot! 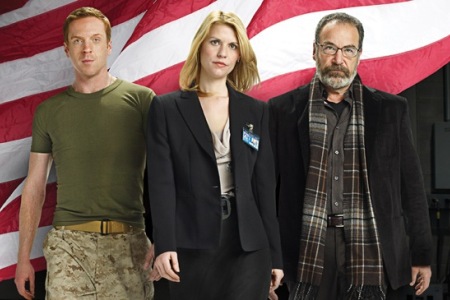 The gritty Homeland premiere (below) sets up the conflict between CIA officer Carrie Anderson (Danes) and returning war hero Scott Brody (Lewis), whose loyalty to this country comes into question. Anderson, who has her own share of psychological demons to grapple with, is convinced the rescued POW is plotting an al Qaeda attack on U.S. soil and she’s determined to uncover the truth, no matter what her boss (David Harewood) thinks of the idea.

TV fans will also recognize Emmy winner Mandy Patinkin as Saul, CIA Division Chief and Anderson’s mentor; and sci-fi fave Morena Baccarin as Brody’s wife Jessica, who hooked up with his best friend (Diego Klattenhoff) while he was presumed dead.

The series premiere of Homeland is slated for Sunday, Oct. 2 at 10 p.m., immediately following the sixth season premiere for Dexter. Can’t wait till Sunday? That’s okay. Sheknows already has the premiere here!