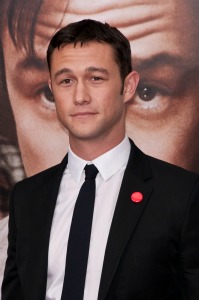 Joseph Gordon-Levitt stars in the new movie 50/50 playing a man trying to beat the odds of his cancer diagnosis (with the help of his best friend) while dealing with a not-so-great girlfriend and an overbearing mom. It is one of the actor’s most compelling roles to date — and one that he was afraid would never happen.

Turns out after his highly successful run on the hit TV show 3rd Rock From the Sun, he couldn’t get work.

“Nobody wanted to hire me — I can see where they wouldn’t want the kid from 3rd Rock From the Sun,” Gordon-Levitt told Elle magazine — so he started his own production company, HitRecord.org. “I came to the conclusion, I’m not going to wait for somebody to tell me that I’m allowed to be creative. The metaphor of pushing that red button sort of became my symbol for that kind of self-started creativity.”

His plan worked. Gordon-Levitt parlayed that indie spirit into roles in some major mainstream films like (500) Days of Summer, G.I. Joe: Rise of the Cobra, Inception, The Dark Knight Rises (currently filming) and now 50/50.

Here, in a two-part video chat, the cast chats with Will Reiser — the real person behind Gordon-Levitt’s character — about making the movie.

“Inspired by a true story, 50/50 is an original story about friendship, love, survival and finding humor in unlikely places,” said a rep for the movie. “Joseph Gordon-Levitt and Seth Rogen star as best friends whose lives are changed by a cancer diagnosis in this new comedy directed by Jonathan Levine from a script by Will Reiser. 50/50 is the story of a guy’s transformative and, yes, sometimes funny journey to health — drawing its emotional core from Will Reiser’s own experience with cancer and reminding us that friendship and love, no matter what bizarre turns they take, are the greatest healers.”