Olivia Wilde gets a kick out of seeing Jennifer Garner pregnant and thinks the mother of two (with another on the way) should “keep breeding.” 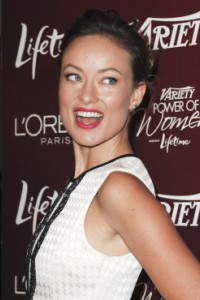 Some prefer Jennifer Garner as a CIA agent, others prefer her in a romantic comedy. Olivia Wilde likes her pregnant!

The Butter co-stars must have become close during shooting the film on which Jennifer Garner also took on the role of producer, because Olivia Wilde now has an opinion on the mother of two’s reproductive habits. You can check out a photo of Jennifer Garner’s growing baby bump below!

On her experience working with Jennifer Garner on Butter, the young actress commented, “She was such an awesome costar and a wonderful producer. I’ve worked with a lot of the greatest guys in the business, and now I am slowly working with more and more women. We don’t really get to work together, the girls so much!” 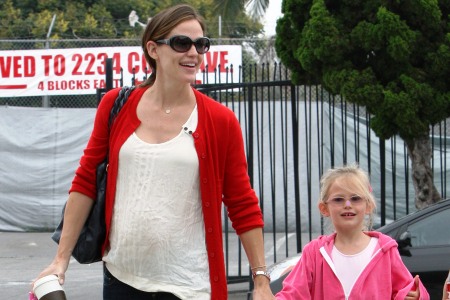 Speaking of her her third pregnancy Jennifer Garner recently shared on The Ellen DeGeneres Show, “It would be so weird to have a boy and cool and different. And I’m sure it would be fun for Ben he likes baseball and all that stuff. But a third girl, three girls is a great way to grow up.”

Daughter Violet has certainly taken notice of her mother’s changing body. The 39-year-old also shared, “You know how once you have kids you never ever pee by yourself again? At least one of them is always in there with you at all times. So the other day… [Violet] is in there with me and all of the sudden she went, ‘Oh Mom, we have to have a talk’… She said, ‘Mom, your bottom has gotten so big that your panties don’t even begin to cover it.’

Wonder if Olivia Wilde has heard that bit of Jennifer Garner pregnancy hilarity.