Singer Enrique Iglesias is taking his act from real life to the digital world, thanks to his partnership with popular Facebook game CityVille.

First Dr. Dre did it with Mafia Wars in 2010, then Lady Gaga went to FarmVille to promote Born This Way. Now, Latin heartthrob Enrique Iglesias is partnering up with Zynga to promote their uber-popular Facebook game, CityVille. 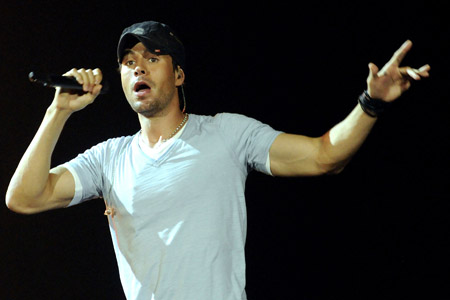 Starting Tuesday, players will be able to interact with a virtual Iglesias when he “visits” their city. Fans can also earn collectibles, including boots, jewelry and a speedboat, according to a Yahoo! report.

What’s better? CityVille players will be able to unlock a special “Euphoria Arena” named after Iglesias‘ current album and tour. His new single I Like How It Feels featuring Pitbull will also be part of the game.

“I thought the fans would get a kick out of it,” Iglesias said of his decision to join the gaming giant. He was involved from the beginning and had the final say in what went into the game. Just don’t expect the I Like It singer to play the game — he admitted he’s only played CityVille once.

“I know that if I start playing it, I won’t get any work done and I’d just be on it all the time,” he said.

“For me personally (record labels) are still essential,” he said. “But every day it’s becoming more and more about the artist dealing directly with the fans.”

Will you let Enrique Iglesias move into your CityVille?