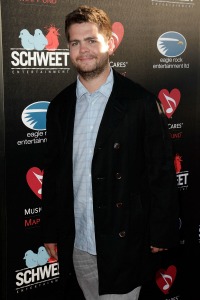 The rock n’ roll reality kid is all grown up and getting married! Jack Osbourne is engaged to his aspiring actress girlfriend Lisa Stelly.

Osbourne’s rep confirmed the happy news — and so did the bride-to-be on Twitter.

“The most amazing man I’ve ever met asked me to marry him… and he wasn’t joking! Crazy, right :)” Stelly wrote.

The move comes after a whirlwind romance — the couple has been dating for just four months.

A friend of Stelly’s told Us Weekly that Jack is “a great influence on her,” adding, “It’s just no drama. More stable.”

Jack, 25, is the son of Black Sabbath rock legend Ozzy Osbourne and America’s Got Talent judge Sharon Osbourne. He became ingrained in American pop culture when his family put their lives on television on the reality show that launched a thousand famous family reality shows, The Osbournes.

Osbourne currently works as a producer and director. He directed Ozzy’s video for Life Won’t Wait in 2010 and most recently created a documentary on his famous dad called God Bless Ozzy Osbourne, detailing his father’s life story through the eyes of the son.

Jack’s sister Kelly Osbourne, a former Dancing with the Stars contestant, was engaged to British model and DJ Luke Worrell but broke up amidst rumors of his infidelities. Kelly later announced that Worrell allegedly had a fling with another man.