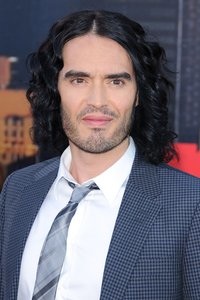 When Rosie O’Donnell kicks off her first episode of The Rosie Show on OWN, it will include actor and comedian Russell Brand.

It was announced Thursday, Sept. 29 that Russell Brand would christen The Rosie Show when Rosie O’Donnell takes her place on TV once again.

It’s no secret that Rosie O’Donnell wanted to have a chat with Russell Brand as a part of her new show on OWN.

She hinted to critics back in August that the actor and comedian was on the long list of stars she wanted to have appear on her show.

O’Donnell has made it clear that she wants to talk with stars who “have something to say” and that might also include Adele.

Oprah Winfrey’s Chicago studio is now the home of Rosie O’Donnell and the famous name housed on the outside of the studio now reflects the change of hands.

The Rosie Show will premiere on OWN on Monday, Oct. 10.