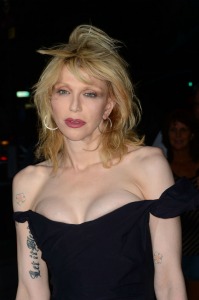 Hole frontwoman Courtney Love is planning to pen a tell-all memoir that will detail her marriage to Nirvana lead Kurt Cobain, her history of drug abuse and her strained relationship with her daughter Frances Bean Cobain.

Love, whose often incoherent ramblings on Twitter have gotten her sued and alienated her daughter, will be cowritten by author Anthony Bozza — but that doesn’t mean her revelations will be any less shocking.

“Courtney is one of the most fascinating and provocative artists of our time, one of those rare performers who continues to reinvent herself time and again throughout the arc of her career,” Lynn Grady, deputy publisher at William Morrow, said in a statement.

The 47-year-old has had a life that sounds like one only a fiction writer could conjure, including working as an underage stripper in Japan, affairs with huge names in rock like Michael Stipe and Trent Reznor, her first marriage to transvestite punk singer James Moreland, the deaths of her second husband and her bassist within two months of each other, critically acclaimed albums, nearly losing her role in The People vs. Larry Flint because she was uninsurable, drug arrests, trips to rehab, identity theft and a love of Buddhism.

This isn’t the first time a Love memoir has seen the light. In 1997 Poppy Z. Brite released Courtney Love: The Real Story which was billed as unauthorized — until it was revealed that Love paid the author to write the book. In 2006 Love released Dirty Blonde: The Diaries of Courtney Love consisting of years’ worth of personal photos, journal entries, song lyrics, letters, poems, and drawings. Love herself has been honing her writing skills by penning the stories behind the Princess Ai manga series.