‘Godmother of Hip Hop’ Sylvia Robinson passed today, leaving behind a legacy of music. The groundbreaking singer, musician, songwriter, record producer and record label exec has been credited with bringing rap to the mainstream via her label Sugar Hill Records, as well as being instrumental in making sampling, drum machines and sequencers a staple of the genre.

Related story Want to Make Your Cheese Taste Better? Play This Music for It

Sylvia Robinson, often referred to as the Godmother or Mother of modern Hip Hop, died early Thursday, Sept. 19 in New Jersey at the age of 75. She is survived by family, including son Joey and grandkids Darnell and LeAnetta (My Super Sweet Sixteen), as well as the thriving music scene she helped spawn. 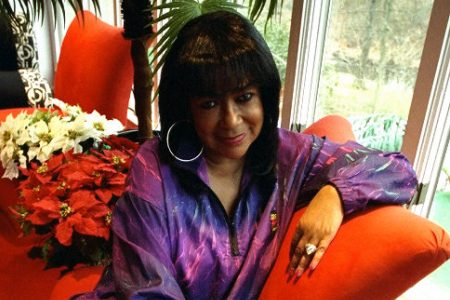 Born Sylvia Vanderpool in 1936, Robinson started making records as a 14-year-old student at Washington Irving High School and was making news by the mid-1950s, when her Mickey and Sylvia single Love Is Strange (with Mickey Baker) hit number one.

As her career grew, Robinson moved with the times and often, ahead of them. She got her start singing the blues and R&B, but again ruled the charts with her sexy 1973 Disco single Pillow Talk.

It was the work she did after founding Sugar Hill Records with her husband Joe Robinson in 1979, of course, that landed her the moniker of the Godmother or Mother of Hip Hop. After the disco queen got an earful of a new sound, she pulled together the Sugar Hill Gang and released the first commercially successful rap recording, Rapper’s Delight. She followed that up with The Message by Grandmaster Flash & the Furious Five.

The rest, as they say, is history.

Music makers and celebs have taken to twitter to mourn the loss of Sylvia Robinson. As is often the case, many kept it simple with an RIP wishes for Robinson. Here’s a samping.

Darnell Robinson: RIP to my grandmother. We lost Mommy Sylvia this morning but she will never be forgotten! We all love you Mommy. / Making a dedication song with my sister @TheLeaRobinson to my grandmother Sylvia Robinson. “Grandson and Granddaughter of Hip- Hop”

LeAnetta Robinson: I am The Granddaughter of Hip Hop..Check out my grandmother