Is she or isn’t she? Some media outlets are reporting that Ashton Kutcher’s alleged one-night stand, Sara Leal, is seeking huge cash to spill the deets on her hook-up.

Plenty of people have weighed in with their thoughts about the alleged one-night stand married Two and a Half Men star Ashton Kutcher had last weekend in San Diego with pretty blonde Sara Leal. One person has been noticeably quiet about it: Leal. 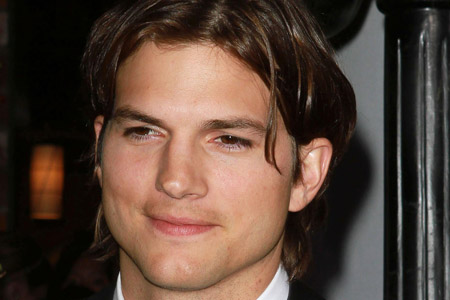 Now we know why: Kutcher’s alleged hook-up wants a reported $250K to tell her side of the story.

“Wow! I received confirmation. I can say this is 100% true… Sara Leal wants $250,000 for the story/details which is out of my price range. Email me if you need her contact… you better hurry before Demi Moore strokes her a check to make this go away,” TheDirty.com founder Nik Ritchie wrote on Wednesday.

Star magazine backed that up with a quote from a source.

“Sara is talking to multiple media outlets for a deal. She wants $250,000, but the offers haven’t been as high. What she really wants is to get a payoff from Ashton. She has reached out to Ashton’s team.”

He said, she said

Ritchie broke the story earlier in the week — and plenty of Leal’s ‘friends’ and enemies have come out with info on her.

“Ok, I’m actually friends with Sara and I was with her and Ashton at the Hard Rock Hotel and know everything that happened,” a friend wrote in an email to Ritchie, posted on his site Thursday morning. “Why are you telling the media information that isn’t true? They didn’t take away all of our phones, we didn’t get there at 4 a.m., the only girls there were Sara and I after 4-5 a.m.… Sara is not trying to get money, she just wants people to leave her alone. I blame Ashton 100% for what he did. I saw it all. Just don’t listen to everything you believe and leave it to us to handle it.”

Unfortunately, that’s not likely when Kutcher and Demi Moore are involved.

It’s impossible to tell which side is telling the truth here. Leal reportedly hired celeb lawyer Keith Donaldson who advised her to delete or block her social media accounts.

Meanwhile, Kutcher cryptically addressed the rumors with a tweet.

“When you ASSUME to know that which you know nothing of you make an ASS out of U and ME,” he wrote.

Do you think Sara Leal is trying to get money for her story?

Does Demi Moore’s Twitter hint at trouble?
Ashton Kutcher in trouble with Demi Moore and CBS
Two and a Half Men debuts strong