A Delaware radio station kicked Tyrese from the studio after he used ‘degrading’ language during the interview. Find out why he doesn’t care if the station ever plays his music again.

Are you a fan of Tyrese? Do you live in Delaware? Then you should probably make plans to move elsewhere – the R&B singer’s music is banned from the biggest hip hop station in the state, probably for good. 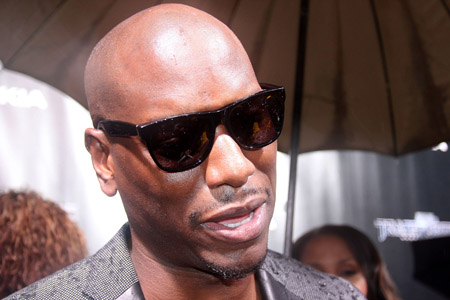 The whole thing started when Tyrese appeared at KISS 101.7 for an interview. The singer and sometimes actor was promoting his new album, Open Invitation, when he answered a question with a condemnation for liquor stores near schools.

“Get them cats out of here,” he said to the DJ. “Selling alcohol right across from your kids school, homie — put the pressure on them homie … you know how to put pressure on dudes selling in your hood.”

Many people would agree with Tyrese’s sentiments, but station owner Tony Quartarone wasn’t happy with what the singer said.

“Tyrese was not kicked off the air for pointing out that liquor stores should not be located near schools … I totally agree with that. But … he proceeded to downgrade my audience by calling them ‘homies'” Quartarone told TMZ Thursday.

“Was a rough day.. I was just tryna [sic] return the love to DE and got kicked out of te [sic] radio station,” Tyrese – real name Tyrese Gibson – tweeted after getting the boot.

“The PD has been trying lies from that station.. None of the people at ur [sic] station like you.. And Delaware is gonna take good care of you..” he added. “Never give a hater a STAGE to stand on.. #OnToTheNextCity.”

Quartarone said all he wants is an apology and he’ll return the music to the queue. We’ve reached out to Tyrese’s rep to get his side, but he told TMZ that he doesn’t really care if they play his music or not.

Do you agree with Tyrese or the radio station in this fight?