Clifford “T.I.” Harris is back on the streets. After nearly a year in prison, followed by a short stint in a halfway house, the award winning rapper has returned home. 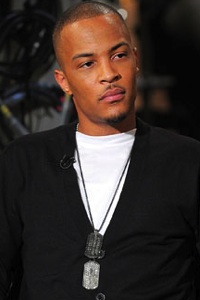 T.I. has officially completed his 11-month prison sentence as of September 29. The popular hip hop artist was released Thursday morning from an Atlanta halfway house, where he served the remainder of his time after exiting an Arkansas correctional facility in August.

This marks the second term that T.I. has served in an Arkansas prison. His previous stay was in 2009, after he was arrested and convicted on federal gun charges. And his latest stint was due to a violation of his parole, after he and his wife were found in possession of illegal drugs.

T.I. was initially released to a halfway house on August 31, but he briefly returned to prison after violating the terms and conditions of his exit. According to the New York Times, the rapper (who left on a luxury tour bus) was accused “of transacting business” on the vehicle, which landed him in a local Atlanta penitentiary. He returned to the halfway house on September 15 where he served the rest of his sentence.

Upon Thursday’s release, T.I. played everything by the book. He entered a chauffeur-driven car and left the premises with little to no fanfare. While at home, T.I. has more than enough work waiting for him. Aside from his recording ventures, he recently signed on for a reality show with VH1 that will follow his return to civilian life and he’s also writing a novel based on his upbringing in Atlanta.