It turns out that being a desperate housewife pays off! Eva Longoria and Tina Fey top the Forbes list of 2011’s highest paid TV actresses. Who else made the list? Find out which TV leading ladies are raking in the big dough.

Forbes just released their list of the 2011 highest paid TV actresses and the gals of Desperate Housewives are raking in the money (although they will soon be unemployed as the series wraps up this month) and our favorite SNL alum, Tina Fey, is right there with them. 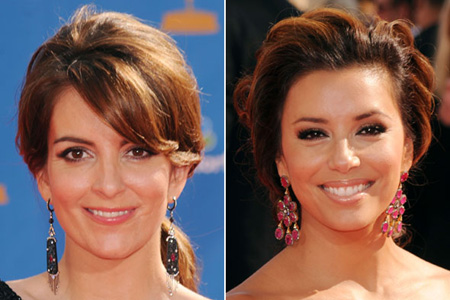 Eva Longoria tied with 30 Rock’s Tina Fey for highest paid actress of the year, each earning $13 million between May 2010 and May 2011. Desperate Housewives star Marcia Cross is third on the list, bringing in $10 million, while fellow co-stars Teri Hatcher and Felicity Huffman are in the number six and seven spots, each bringing in $9 million.

Julianna Margulies rounds out the list, earning $6 million for The Good Wife.

Forbes reports they came up with the list by talking to lawyers, producers and agents to find out how much each star made per episode, as well as syndication deals and endorsements.

To compare, the highest paid female movie stars (Angelina Jolie and Sarah Jessica Parker) each made $30 million a year.