It’s the first No. 1 record for Tony Bennett in his 60-year career. 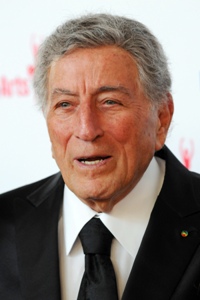 What’s a 9/11 controversy to an 85-year old music legend like Tony Bennett?

Not a big deal, judging by the sales of his latest album, Duets II. It’s No. 1 on Billboard’s 200 albums chart this week, the first No. 1 record of his career.

The I Left My Heart in San Francisco singer apparently did not suffer any backlash from his controversial statements last week about the cause of the 9/11 attacks.

“They flew the planes in, but we caused it,” said Bennett on Howard Stern’s radio show. “Because we were bombing them and they told us to stop.”

“I am sorry if my statements suggested anything other than an expression of my love for my country, my hope for humanity and my desire for peace throughout the world,” the singer said on his Facebook page.

The retraction was good enough for at least one fan who posted on Bennett’s Facebook page today.

“I’m glad Tony apologized for his comments on the Howard Stern show,” said a fan. “After he suggested that the USA … were the terrorists of 9/11, I had decided to never buy his music again. I accept your apology Mr. Bennett!”

Bennett is now the oldest living person to have a No. 1 record. Calls for comment from Bennett were not returned.