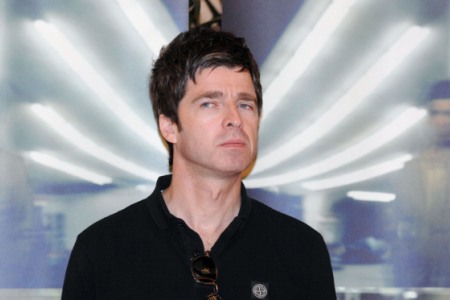 “I don’t give a [expletive] monkey’s about Lady Gaga,” Noel Gallagher told Q magazine. “It’s all about the meat suit and the controversy. Is it about music? Really? She’s got the publicity side sorted, but where’s the [expletive] music.”

Speaking of Lady Gaga the 44-year-old continued, “Her album gets played a lot around my house by my daughter and it’s Madonna-lite. Madonna was hardcore. She took it to the edge musically as well as everything else.”

“Twenty years from now, will we listen to Lady Gaga?” Noel Gallagher asks, then supplies his own answer. “No. She might think she is making a stand for the freaks and the weirdos. But they’re not going to have any decent [expletive] music to play are they?”

Sharing that he feels disappointed that most current rock bands and artists lack what he judges to be anything of interest to say Noel Gallagher asks, “Who will retell the rock ‘n’ roll story for a new generation? The problem with bands these days is half of them get the music right but you read an interview and think, ‘I can’t buy into them as people.’

The musician, seen here in Italy promoting his new album Noel Gallagher’s High Flying Birds continues, “It’s become this prevailing thing where, ‘It’s all about the music.’ It’s not. It’s more than that. The way you look or what you say or what you stand for is crucial. People are so wary of being the spokesman for a generation. It’s a bulls**t tag, but still . I wish someone would provide a focal point.”

Do you think Noel Gallagher has a point about Lady Gaga and the music of today?