The opening statements in the manslaughter trial against Dr. Conrad Murray began with a shocking photo of a deceased Michael Jackson, lying on a gurney. 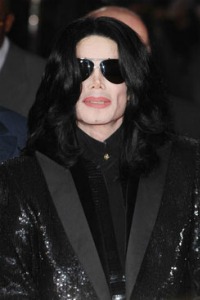 The manslaughter trial of Dr. Conrad Murray began today with a shocking reveal by the prosecution, a photo of Michael Jackson‘s lifeless body lying on a hospital gurney.

Accompanying the photo was a recording of Jackson’s voice, slurred, reportedly under the influence of the drug Propofol.

The recording was found on Dr. Murray’s iPhone with a date of May 10, 2009. This was about a month prior to Jackson’s death from an overdose of the aforementioned drug on June 25, 2009.

Jackson’s voice, although unclear, was recorded as stating, “When my people leave this show, when people leave my show, I want them to say, ‘I’ve never seen nothing like this in my life. Go. Go.’ “

Prosecutors brought out the damaging evidence to try and prove that Murray clearly knew what he was doing to Jackson when he put him under the drug.

David Walgren, the prosecutor in the case, stated in the courtroom, “It documents Conrad Murray’s knowledge of what he is doing to Michael Jackson.”

According to prosecutors, they are attempting to prove that Murray had full knowledge of the risks involved with administering a drug like Propofol to Jackson. Walgren also stated that the Murray, a cardiologist, took an “extreme deviation” from medical standards in doing so.

They will also try and prove in the trial that Murray administered the drug to Jackson, along with other sleep-inducing drugs, and then left him to return calls and emails during the morning hours of June 25, 2009. Lawyers will also try to prove that Murray waited 25 minutes to call 911 when he realized Jackson wasn’t breathing.

Walgren later stated to the jury, “Conrad Murray, with his eyes on an anticipated $150K per month lucrative contract, instead agreed to provide Michael massive amounts of Propofol on a regular basis in complete disregard of all acceptable standards of medical care.”

She knows disclaimer: For ethical reasons, Sheknows has elected not to post the Michael Jackson death photo. You may find the photo through a simple internet search, though we cordially warn our readers that the content may be disturbing.