After being the next big thing for the last two years, J. Cole finally delivers his debut album. 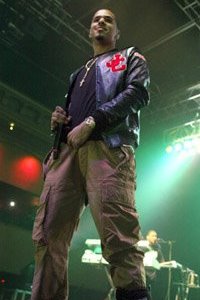 His debut album, Cole World: The Sideline Story, was released today from Roc Nation records after several years of Cole sitting on the, er, sidelines.

“I have to be the only new artist who’s been out for two years,” Cole said to the Wall Street Journal today.

That’s because after signing up with Jay-Z’s Roc Nation in 2009 and drawing interest with his mixtape, The Warm Up, Cole perhaps became a bit overexposed due to the mixtape, tons of guest appearances and being the opening act on Jay-Z’s tour that year. When Cole’s single, Who Dat, underperformed, Roc Nation’s attention then turned to other artists like Willow Smith and Jay Electronica.

But one good aspect of being overexposed is that it means you’ve been exposed, and interest in J. Cole has remained. He’s similar to hitmaker Drake in that he has tight rhyming skills, and he can also harmonize a line or two. Unofficial singles like In the Morning and Mr. Nice Watch — featuring a verse from Jay-Z — raised the ante, leading to the album release. His profile is so high he’s even been linked in a romantic sort of way — that is, if you call a sex tape romantic — to Rihanna.

“I was always conscious of the fact that I couldn’t sit around and wait for Jay-Z, he respects my hustle,” said Cole, a North Carolina native. “Where I’m at now, the fans I have now, have come from my independent spirit.”

Cole is presently on the Cole World World Tour, which hits North America and Europe. The track Nobody’s Perfect will be the next single, a Roc Nation rep confirmed to SheKnows, but a release date has not been announced.

“Thank you for your patience and LOVE,” Cole tweeted this morning.