Patti Stanger is trying to explain — and justify — comments she made about homosexual men. Is she just sticking her foot further in her mouth?

Millionaire Matchmaker Patti Stanger ignited a firestorm of controversy during an appearance on Bravo’s Watch What Happens Live, hosted by Andy Cohen. The outspoken dating expert made some questionable comments about gay and Jewish men on the show. 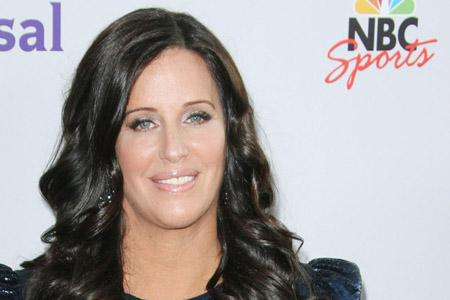 “In the gay world, it will always be open,” Stanger told Cohen. “There is no curbing the gay man.”

Bravo viewers responded in force to Stanger’s comments, leading the network to respond with a statement.

“Bravo regrets the comments expressed by Patti Stanger on Watch What Happens Live last night,” a network spokesperson said. “Her comments are not representative of the network’s beliefs and opinions. We apologize for the offense it caused.”

Stanger then went on the repentance tour, posting an apology on Twitter and later appearing on Joy Behar’s talk show.

“Attn male Gays: I support you & my comment on WWHL was to a LA guy who can’t find commitment,” she tweeted.

However, the Jewish matchmaker didn’t exactly apologize while on Behar’s show.

“Whether you’re straight or gay, that’s a player town… the gays in Los Angeles… [it’s] what’s going on in my show, which [has shot] from Los Angeles for the past five years,” she said. “I have put gay dating on the map. There was no Logo then, no H8 campaign. I’m an advocate for gay marriage. I have more gay friends than Carter has pills.”

She said that her friend, designer Marc Bouwer, told her about the promiscuity of the gay community.

“Patti, this is what it’s like around the country. This is the gay community!” she said, quoting Bouwer. “I’m trying to curb them!” she told Behar, echoing her comments to Cohen.

“This is not the lesbian. They get involved, move in together. They’re quiet, they’re at peace,” she said.

“But the gay man,” she continued. “They whip it out at eye lock! They get involved, and then find out later whether or not they want a serious relationship. And I hope they use the privilege in New York for gay marriage because they have it. A lot of gays aren’t getting married!”

“I apologize if GLAAD was offended. I was the first person for gay marriage. I put it on the map, on television, where every network fought me, and I’m still there in the trenches.”

Do you think Patti Stanger apologized, or made more excuses?