The Michael Jackson manslaughter trial started today with opening arguments from both the prosecution and the defense. 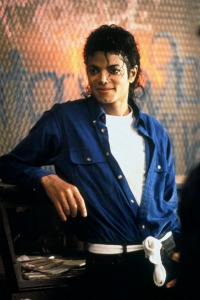 Prosecutors at the Michael Jackson manslaughter trial opened the day by playing an audio tape of the pop star discussing his upcoming This Is It concert tour — and Jackson was slurring so badly his voice was nearly unrecognizable.

Jackson is clearly under the influence of something on the tape — prosecutors believe it was Propofol, the powerful anesthetic that ultimately killed him — as he describes how he wants fans to react to his performance.

“‘It’s amazing. He’s the greatest entertainer in the world,'” he mumbles. “I’m taking the money, a million children, children’s hospital, the biggest in the world, Michael Jackson’s Children’s Hospital.”

What’s the point of playing the audio? The prosecution is trying to prove that Dr. Conrad Murray should have known not to give Jackson any more Propofol.

Dr. Conrad Murray maintains that Michael Jackson administered the fatal does of Propofol himself while the doctor was out of the room.

“The scientific evidence will show when Dr. Murray left the room Michael Jackson self-administered a dose of Propofol that was the Lorazepam created a perfect storm in his body that killed him instantly,” defense attorney Ed Chernoff said in opening statements.

Listen to audio from the Michael Jackson manslaughter trial: