The L Word actress Leisha Hailey is fuming after Southwest Airlines kicked her and her girlfriend off a flight for kissing. Now, she’s calling the airline’s actions homophobic. 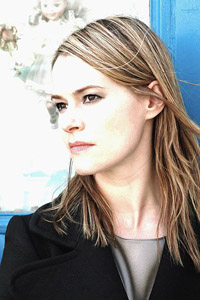 Southwest Airlines is developing a reputation as the airline celebrities should avoid. Kevin Smith and Green Day’s Billie Joe Armstrong were both booted from the airline for various reasons; now, a lesbian actress says she was kicked off a flight after she kissed her partner onboard.

“I have been discriminated against by @SouthwestAir. Flt. attendant said that it was a ‘family’ airline and kissing was not ok,” The L Word actress Leisha Hailey tweeted on Monday afternoon.

Hailey and her girlfriend, Camilla Grey, were reportedly asked to leave the flight after excessive PDA made other passengers uncomfortable.

“Initial reports indicate that we received several passenger complaints characterizing the behavior as excessive. Our crew, responsible for the comfort of all customers on board, approached the passengers based solely on behavior and not gender,” Southwest said in a statement.

“The conversation escalated to a level that was better resolved on the ground, as opposed to in flight… We are ready to work directly with the passengers involved to offer our heartfelt apologies for falling short of their expectation.”

That’s not the way Hailey sees it.

“We were escorted off the plane for getting upset about the issue. @SouthwestAir endorses homophobic employees. No one made her accountable,” she tweeted. “Since when is showing affection towards someone you love illegal? I want to know what Southwest Airlines considers as ‘family.'”

She also called for a boycott of the airline, claiming she has proof of their behavior.

“I know plenty of wonderful same sex families I would like to introduce them to. Boycott @SouthwestAir if you are gay. They don’t like us,” she tweeted. “Did I mention to @SouthwestAir that I have a lot of their actions recorded on audio and video? RT #boycottSouthwest #discrimination.”

Sounds like we’ll be hearing plenty more about this.

What side are you on: Leisha Hailey’s or Southwest Airlines’?