Charlie Sheen has settled his lawsuit against Two and a Half Men producers for breach of contract. 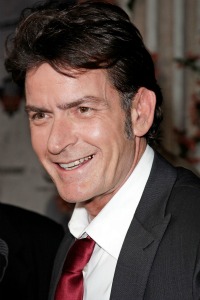 After being fired for his bad behavior off screen, Charlie Sheen has finally settled his lawsuit against Two and a Half Men creator Chuck Lorre and Warner Bros. — and you won’t believe what kind of payday the warlock conjured up.

Sheen claimed he had a “Michael J. Fox clause” in his contract stating that he would continue drawing his salary even if he left the show. Producers said the clause was nullified because he was fired with cause, meaning to them, his antics — specifically his very public trashing of Chuck Lorre and the bigwigs at Warner Bros. and not necessarily his party habits — cancelled out the clause.

The case was finally settled through arbitration before it went to trial.

“Warner Bros. Television, Chuck Lorre and Charlie Sheen have resolved their dispute to the parties’ mutual satisfaction,” read a statement from the studio issued Monday. “The pending lawsuit and arbitration will be dismissed as to all parties. The parties have agreed to maintain confidentiality over the terms of the settlement.”

While they aren’t talking about the terms, TMZ reports that the 46-year-old actor will receive an immediate payout of $25 million with a total of $100 million coming his way in syndication money over the next decade.

No wonder Sheen was so conciliatory towards Two and a Half Men and Ashton Kutcher at the Emmys.

Charlie Sheen is already moving on and plans to star in a TV version of the movie Anger Management, plus is rumored to be penning a tell-all book about his exploits.