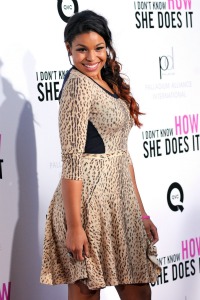 Friends for years, the pair decided to take things to the next level this summer after Sparks dropped 30 pounds and Derulo noticed her anew.

Drulo saw Sparks “in a whole new light in the Bahamas,” an insider told Us Weekly. “She lost over 30 pounds and looks amazing — and he told her. It started there and they have been really reconnecting, now as lovers and not just friends.”

The couple cozied up together at a party celebrating Derulo’s 22nd birthday in Los Angeles on Saturday.

“Jordin would sing to him occasionally through the night in his ear if her head was rested on his shoulder,” a witness told the mag. “It was Jason’s only night in L.A. and the pair were excited to reunite.”

Derulo’s rep confirmed that the pair have been dating since August. Perfect timing since the Ridin’ Solo singer’s new album Future History was just released on September 26. The singer spent years writing songs for artists like Diddy, Danity Kane, Cassie, Sean Kingston and Lil Wayne from the time he was 16 before releasing his debut album in 2010. He opened for Lady Gaga to promote his introductory effort.

Jordin Sparks remains the youngest winner ever of American Idol, having been crowned on 2007 when she was just 17. She is currently working on her first movie Sparkle, a Motown flick in which she plays the lead.