Kim Kardashian is the most annoying celebrity in America, according to a new poll conducted by Parade Magazine. Kardashian ranked number one with 29 percent of the vote. 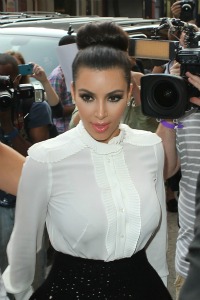 Kim Kardashian, known for her uncanny ability to have her photo taken at every important event, has been voted the most annoying celebrity in America, according to a poll taken by Parade Magazine.

Also in the varied Parade poll, Emma Watson came in as the Harry Potter star most likely to succeed. Daniel Radcliffe came in second and Rupert Grint came in third.

The coolest celebrity couple was voted to be Will Smith and Jada Pinkett Smith, followed closely by Ben Affleck and Jennifer Garner.

Best summer song was Adele’s Rolling in the Deep. Best suitor for Pippa Middleton was deemed Ryan Reynolds and the most replaceable American Idol judge was voted to be Jennifer Lopez.

Kardashian is coming off the most publicized summer of her life, hot on the heels of her wedding to Kris Humphries, which netted her millions in photo exclusives and interviews as well as an E! Entertainment special to air in October.

Kim K also co-owns Dash Boutique with sister Kourtney, and has partnered up with her sister Klohe and Kourtney for a line called Kardashian to be sold exclusively at Sears.

Her wedding to Kris Humphries came in a close second of the most popular People Magazine issues of the year, at 1.3 million. The top seller was the royal wedding issue at 2.5 million.