The Brown family adjusts to life in Utah, some unexpected news and difficulties all around as the season premiere of Sister Wives kicked off on TLC.

When the Brown family first made their hectic move to Las Vegas, following an investigation for polygamy in their home state of Utah, they thought it would be a fresh start. Little did they know the troubles they would experience shortly after they made their arrival. 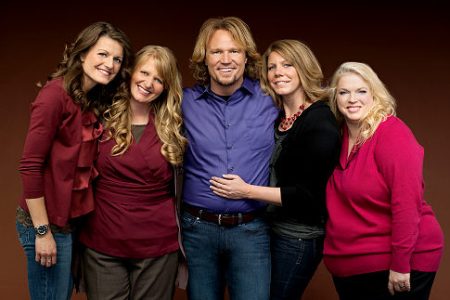 Kody Brown and his wives, Meri, Robyn, Christine and Janelle, as well as their combined 16 children, are finding life in Las Vegas difficult. Up until recently, the family (minus new spouse Robyn) all lived together in a large home in Utah, with connecting stairs and passageways to each family, who had their own apartment. If one of the wives needed their husband, he would certainly be around in a hurry.

Flash forward to life in Las Vegas, where everyone is in a different home and Kody spends his time traveling to and fro between all four wives and their children. It continues to make for a difficult transition, particularly for the children, who see less of their dad than ever before and have more time with just one mom. Prior to this, they had the luxury of spending time with their other “moms” because they were all sharing the same home.

Teenagers Aspen, Hunter and Maddie are having the roughest time with the transition, as they were used to life in Utah and are finding it hard to fit in at their new public schools.

Active in their former church (LDS), the Browns sought out religious counsel by attending a nearby Presbyterian Church and although they found the pastor kind enough, they were a house divided on if they should send their children there for extra-curricular activities. Robyn, in particular, seemed particluarly dismayed, as she felt they had worked so hard to live the life and religion they all shared, that it would be wrong to expose the kids to something new.

Christine transformed her barren backyard into a kiddie paradise, with a smaller pool for the children as well as a playhouse. Janelle hosted a party for the teenagers, who introduced their friends to their family and the Browns felt more secure that their children had picked nice kids to befriend.

But the biggest news of all was Robyn’s pregnancy. She and Kody are having their first child and it was Meri’s daughter who was most unhappy about the news, as Meri could never have any more children after her only daughter. Robyn stepped up like a good friend and comforted the teen and gave support to Meri, who was genuinely happy with the addition to their growing brood.