Known for her girl-next-door persona, actress Michelle Monaghan toughens up as the wife of a former drug dealer — played by Gerard Butler — who finds God and goes to Africa to make a difference. Based on the true story of the life of Sam Childers and his inspiration journey to helping children in Sudan, Machine Gun Preacher is the emotional tale of man who endures all the sadness life has to offer. SheKnows sat down with Monaghan to find out what it’s like to play the wife of this extraordinary character who went through such an emotional journey. 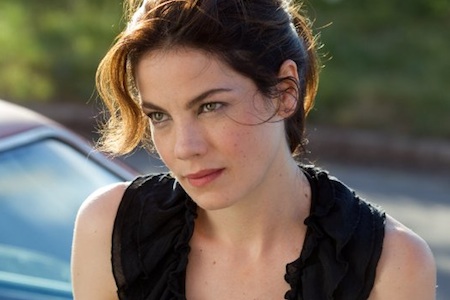 SheKnows: What attracted you to the project?

Michelle Monaghan: As soon as I finished reading it, I knew I wanted to tell the story. It’s such a powerful journey of this man and his family.

Michelle Monaghan: Sam Childers is a force to be reckoned with, whether you’re his wife or you’re Gerard Bulter or you’re a rebel in the LRA. He is an impassioned person, he’s a very great spirited man and a very controversial man, as well. I think Gerry worked with the material for over a year. By the time Gerry started working, he was there full force, he was Sam Childers. 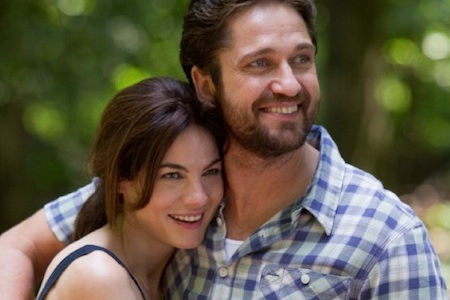 SheKnows: What was it like to spend time with Sam and Lynn Childers?

Michelle Monaghan: They were so kind and welcoming. I think that first night, Lynn and I stayed up until about 4 in the morning talking. She allowed me to ask her everything under the sun. She was incredibly forthcoming and honest. That meant the world to me. What I discovered about her is she’s probably the most grounded person I’ve ever met. She’s not an emotional person, and I say that with all due respect. She does not get angry. She does not get upset. She doesn’t really cry. I’m sure she has her moments, but she’s very steadfast in her faith and her belief that Sam is doing God’s work.

SheKnows: What was it like to portray a real live person?

Michelle Monaghan: Clearly this is a complex person who has stood by her man all of these years. She’s sacrificed a tremendous amount for herself and her family. I needed to spend time with her to understand what her motivations were and to really understand the dynamic between Sam and Lynn. I spent a weekend with them in Central City, Pennsylvania. 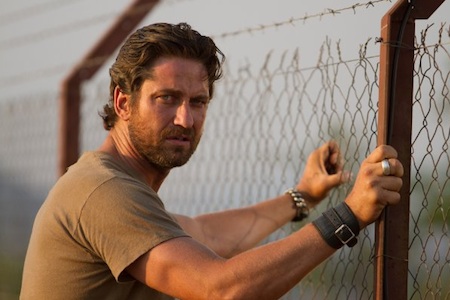 SheKnows: It’s known that Gerard Butler is not only sexy, but he’s also a charming guy, too. Do you agree?

Michelle Monaghan: He really is all that, and obviously cute to boot. I mean, all the ladies know that. On top of that, he’s incredibly talented and he’s got this really jovial spirit about him.

Michelle Monaghan: He’s really playful, fun, he likes to joke. That was really appreciated on that set because it was sort of material that was somewhat dark and a little bit depressing at times, although albeit hopeful as well. And, ultimately inspirational.

SheKnows: Did you ever have overly-emotional days on set?

Michelle Monaghan: There were days when it was kind of tough. And our scenes would be really intense when we were working together. As soon as they’d yell, “Cut,” we’d sort of go back to [the] trailer and start laughing and lighten things up. The fact that he was willing to go to those places but not live in those places was really refreshing for me.