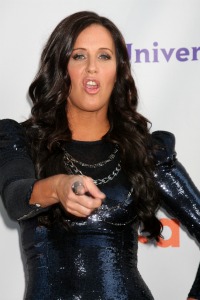 “In the gay world, it will always be open,” she wrote. “There is no curbing the gay man.”

“I am a gay and am down for the monogamy,” Cohen said.

“When was the last time you had a boyfriend?” Stanger shot back.

Stanger also says smart women should dumb themselves down if they want to catch a husband. On New York Live, she suggested women stop using big words and stop bragging about those high SAT scores, because men are dumb.

“They don’t like them before they are married,” she said referring to the relationship between men and smart women. “You’ve got to dumb it down a little because men are not that bright.”

“Women are smart in business and dumb in love,” she said.

“They won’t date outside their zip code, let alone outside the city. They are city snobs,” she said. “Real men that are making money in this economy are buying homes in short sales and foreclosures out in the suburbs, getting their homestead set up for their families, and [women say] ‘I won’t go to Connecticut.’ This is where the men are.”

Stanger, who is Jewish herself, did not elaborate on what exactly they lie about.

JewishJournal.com writer Ilana Angel says that people who are offended should write about their displeasure on Twitter in an attempt to have Millionaire Matchmaker canceled.

“This afternoon, during a sixty minute span, I saw 73 tweets stating they want her fired, and for other Bravo fans to stop watching in an attempt to send the message to Bravo that the show should be cancelled. They even went so far as to ask for a boycott of Andy Cohen’s show, Watch What Happens Live, which premieres tonight after Patti,” she wrote.

“The time will come when she won’t be able to give her services away, and that will be the day her show is cancelled. Twitter might help that day come quicker. There is nothing appealing or charming about this woman. She is an embarrassment to women, and has all the horrible stereotypes that Jewish women are labeled with.”