HRH The Duke of Cambridge, Prince William, gave an exclusive interview to British journalist Robert Hardman where he revealed his admiration for the woman who, as he puts it, strikes that delicate balance between family and duty. The woman? His grandmother, the Queen of England.

HRH Prince William, gave unprecedented access to journalist Robert Hardman in an interview for the book Our Queen, an in-depth portrait of the leader of the British monarchy. For the past two years, Hardman was granted privileged access to those in the Queen’s inner circle, and the result is a portrait of a woman who knows how to not only be a role model for those she reigns over, but for her grandchildren as well. 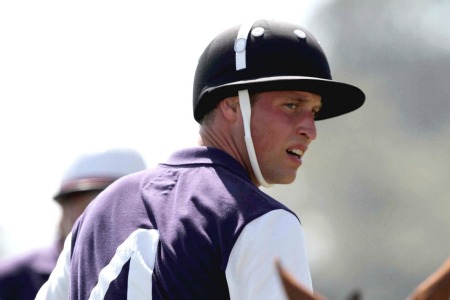 William stated that after his engagement was announced to Catherine Middleton, he was asked to attend a post-engagement meeting at Buckingham Palace and was faced with a list of 777 names of dignitaries, governors and others that he did not know. He laughed and revealed, “They said, these are the people we should invite and I looked at it in absolute horror and said, ‘I think we should start again.’ “

HRH then rang up the Queen and relayed his concerns by saying “Do we need to be doing this?” To which she replied, “No. Start with your friends first and then go from there.”

He also went to her for advice on what he should do when he was told by senior staffers what he should wear for his wedding. William is a commissioned officer in all three Services and a serving member of the Royal Air Force. When he questioned her, the Queen told him quite clearly that he was to be married in his Irish Guards uniform. After all, as Commander-in-Chief, she had just appointed William to his most senior military position yet, Colonel in the guards.

He laughed and explained, “So you don’t always get what you want, put it that way. But I knew perfectly well that it was for the best. That “no” is a very good “no”. So you just do as you’re told!”

Even Jennifer Aniston is a fan of William, read more about it here>>

William also revealed a more personal side to his relationship with the reigning monarch, of whom he will someday be succeeding.

“I say to people, she’s my grandmother first, and then she’s the Queen. Words that come from her I take very personally and I really appreciate.”

He later revealed, “As I’ve got older, she’s become an even more important part of my life, so it’s much easier.”