Last night, Extreme Makeover: Home Edition kicked off its new season with Michelle Obama. While we didn’t pull the strings to get the first lady’s thoughts, a favorite extreme designer, Jillian Harris, talked to us about what she’s learned from the show and how it all goes down.

“When I work with these people on Extreme, their life has not worked out the way they expected it to,” Jillian continues, “…but when you’re standing with them, you get the sense that their life has actually worked out better than they’ve ever expected.” Jillian continues to explain how they have love and a bond that not a lot of typical families have. No wonder we’re usually in tears five minutes into the program. 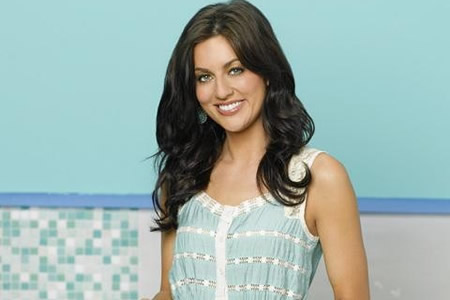 We asked the extreme designer what the most challenging part of the show is and believe it or not, her answer was not timelines.

On last night’s episode, the team recruited Michelle Obama to help them help a veteran woman who houses a shelter for other female veterans and gives them life coaching. Jillian, whose first appearance of the season is set to air October 23, assures us it’s a dream job.

“I usually get my design projects about a week before I depart to my location. Once I get there I have about four days to pull everything together.” She reveals that even though the show claims a week’s time span onscreen, it’s actually four and a half days.

Look for Jillian on Extreme Makeover: Home Edition October 23 and be sure to catch all the extreme projects Sunday nights on ABC.