The Farrah Fawcett Foundation is under investigation for fraud, according to trustees. 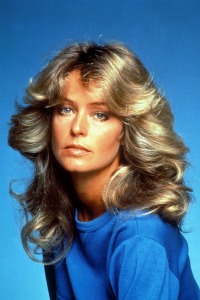 A charitable foundation started after the death of Farrah Fawcett is under investigation by the California Attorney General’s Office of Charitable Trust.

Numerous sources, including Fawcett’s longtime friend and former boyfriend Greg Lott, told ABC News that the Attorney General’s office had been quietly interviewing business associates, friends and beneficiaries of the trust since July. The foundation has reportedly been given 60 days to comply with requests to turn over their estate planning and financial documents.

Alana Stewart — mother of Kimberly Stewart and Farrah’s former BFF — says that as the president of the foundation she knows they are following the actress’s wishes and calls the investigation “outrageous.”

When asked for comment, the California Attorney General’s office said, “We don’t confirm or deny the existence of investigations.”

Farrah Fawcett left the bulk of her estate to her son Redmond O’Neal, who has long struggled with substance abuse issues and is currently under arrest on felony drug and weapons charges.

Ryan O’Neal was totally left out of Farrah’s will.

The Farrah Fawcett Foundation’s most recent fundraising effort was a pre-Emmy cancer benefit held at the Los Angeles Soho House.